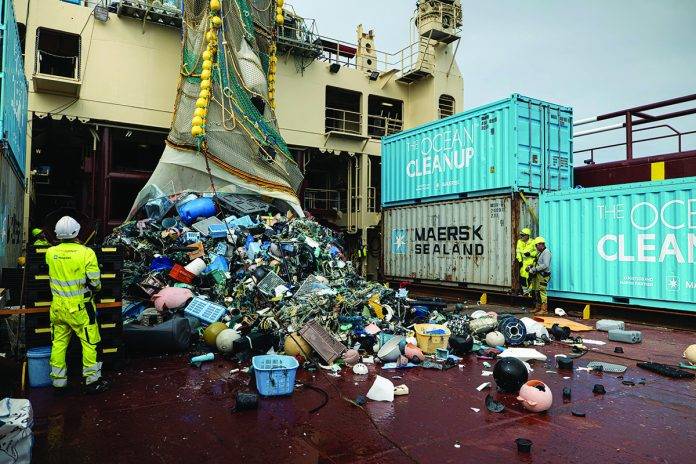 The Ocean Cleanup, a Dutch non-profit operating out of Ogden Point, returned to Victoria in October with nearly 29,000 kilos of marine debris after a 12-week voyage to the Great Pacific Garbage Patch to test the viability of their latest innovation.

System 002, nicknamed “Jenny” after Forrest Gump’s shrimp boat, collects trash in an 800-metre long horseshoe-shaped floating barrier that’s pulled behind two vessels. It corrals the garbage into a net, which is then hauled aboard to be recycled into new products, such as sunglasses.

“Hopefully soon, the Great Pacific Garbage Patch will be the thing you can point to, not as an example of things that are wrong with the world, but as an example that we can solve the big problems that we’re facing today,” said Boyan Slat, founder and CEO of The Ocean Cleanup, at the vessels return to Ogden Point. The Ocean Cleanup’s mission is to remove 90 per cent of the Great Pacific Garbage Patch plastic by 2040.

After their return, the vessels quickly set sail once again to continue collecting debris, moving out of the testing phase and into operation. Simultaneously, the company is developing System 003, expected to be three times larger with refined specifications.

Despite the enormity of the Great Pacific Garbage Patch, it represents only a small portion of the plastic in the ocean. The grand majority is suspended below the surface, sunk to the seafloor, or in the form of microplastics too small to gather.

For this reason, many researchers say cleaning the ocean is a losing battle and the effort would be better spent preventing plastic from ever entering the sea or from being deposited on beaches, which are easier to access.

“We always had the plan to do both sides of the equation,” said Slat. “Prevent, collect and intercept plastic.”

Island-based organizations have been contributing their own solutions to marine debris. The Clean Coast Clean Waters Initiative Fund (CCCW) provides funding to businesses and non-profits alike to operate their own coastal cleanup initiatives. The projects are collaborations between business, local communities and First Nations and in 2021 resulted in the removal of 425,000 kilos of garbage.

The CCCW is funding three new organizations for 2022: Misty Isles Economic Development Society, Spirit of the West Adventures and the Campbell River Association of Tour Operators. Together, these projects will clear an additional 1,000 kilometres of coastline and provide 240 jobs. 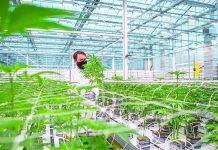